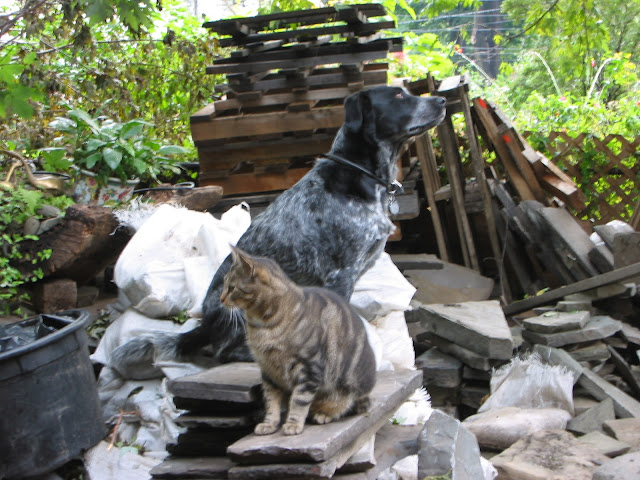 Vanderbilt Avenue storefront backyard, 2000
Posted by andrew leslie phillips at 5:26 AM No comments: 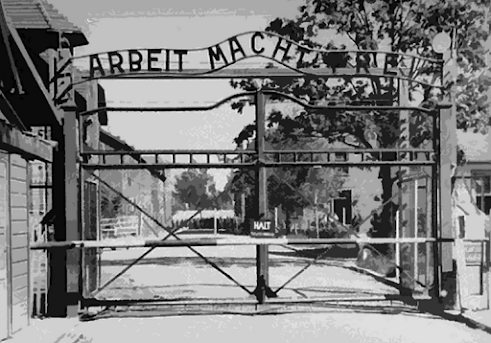 The Unheeded Message of the Holocaust
An interview with Polish underground courier, Jan Karski.
SoundCloud

Jan Karski, Polish underground worker, Catholic – he wrote a book called “Story of a Secret State” (Houghton Mifflin, 1944) after the war - describes his experiences - visit Warsaw Ghetto - invited by the Jews - and to a concentration camp to see for himself - an eyewitness - not a Jew but a Catholic - to take back word of the Holocaust to Britain and America. Claude Lanzman’s ground-breaking film Shoah, explores Polish communities' passive participation and complicity in the Jewish holocaust. Jan Karski appeared and initially refused to be interviewed by Lanzman and stalked out of the room. The filmmaker finally  persuaded Karski to return and sit for his first interview following the war.


I'd seen Shoah in three long sittings over three days in New York. About a month later I was returning on the train from an assignment in Washington DC. I was reading the Washington Post Letters section and read a headline: "The Holocaust. The Allies Knew", signed by Professor Jan Karski, Washington Universtiy. I was shocked to learn this man who'd witnessed the Holocaust first hand, was living in Washington D.C. I had to interview him. A first-hand eye witness to history - I wanted to interview him.

When I got home that night I looked up his number in the phone book, called and to my surprise and jubilation, and thickly accented baritone voice answered. He asked me to send my proposal and credentials and I shot off a telex to Australian Broadcasting with a program proposal - an extended one-on-one interview with Karski - I would integrate some subtle sound effects and music to dramatize the piece to create a radio feature program.

Professor Karski agreed to meet and be interviewed in his home on the outskirts of Washington D.C. Some weeks later we met in the basement of his Washington home where he lives with his Jewish wife, a dancer who teaches dance in the studio down stairs – a woman who Karski told me, never talks about the Holocaust - we conducted  the interview and we’re going to hear that now – you’re listening to Soundscapes: Explorations in Radio, Sound and Music – this is WBAI. We’re at 99.5 FM – listener supported community radio.

I was invited to write this piece for Project Censored by its director Mickey Huff. At the time I was interim general manager at KPFA, Pacifica Radio in Berkeley CA (2011-2013). Project Censored is a media research, education and advocacy initiative that champions the importance of free press. The project's mission is to expose and oppose news censorship and promote independent investigative journalism, media literacy and critical thinking. Back to note books... 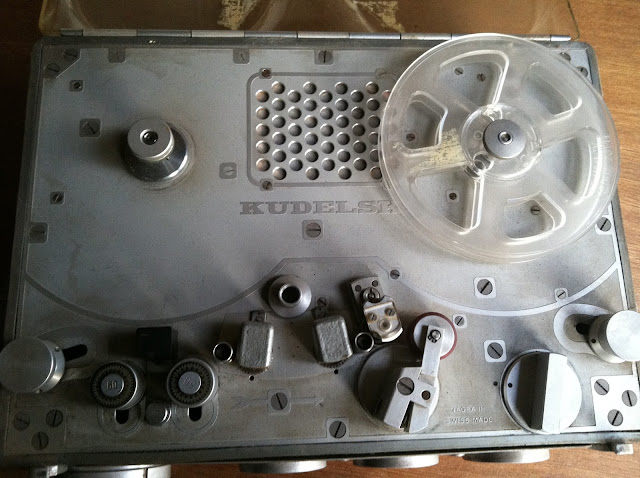 Riding the Waves at Pacific

The Pacifica foundation was founded in 1946 by poet and journalist Lewis Hill and a small group of pacifists, intellectuals and experienced radio people They did not have the same political or economic philosophy but shared a vision which supported a peaceful world, social justice and creativity. At 3pm, April 15, 1949, Lew hill sat behind the microphone and announced: "This is KPFA, listener sponsored radio in Berkeley, the first such radio station in the world”. At the time, less than nine-percent of the Bay area radio audience owned new FM receivers and Pacifica gave them a special KPFA radio with 94.1 on the FM dial, to get people tuned in. FM was a new, technology and Pacifica was backing the future and inventing an entirely new funding mechanism - the theory of listener sponsorship. It was daring, audacious and brilliant. And it caught on. Today there are Pacifica radio stations in five of the ten top radio markets. 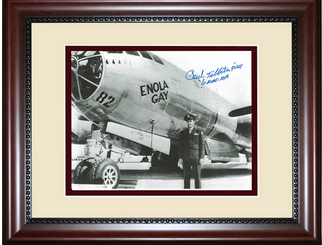 Paul Tibbets dropped the atomic bomb on Hiroshima. I met him thirty-nine years later in Columbus Ohio where he ran the first corporate air charter company in the United States. After the “Good War”, Tibbets’ fame comprised cache and notoriety and business was prosperous

I’d conduced a telephone interview with Tibbets the previous year - in 1983 - for a 12-hour marathon radio production exploring Hiroshima on New York City Pacifica Foundation radio station, WBAI. I said at the beginning of this memoir that I was born in the shadow of the Holocaust and Hiroshima. This radio program was my chance to get to the heart of the matter.
more


Posted by andrew leslie phillips at 7:57 AM No comments:

A journey toward my emerging autobiography "The Edges of my Life" 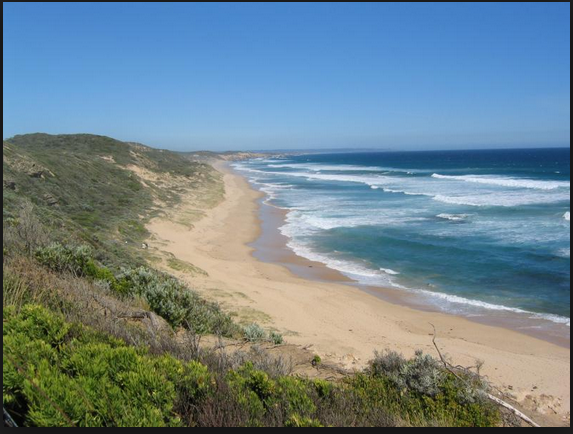 Last Wave
It was one of those magical Portsea days when the north wind blew across the driest continent, across the vast Australian inland and finally reached the southern edge and continued south on its journey to the bottom of the Earth.

On such days the wind compressed the great southern ocean and the waves lay in endless lines like furrows in a blue ploughed field, row after row, rolling mounds of water as far as the eye could see. You could swim out and cross those small mountains to the place where the water dissolved from green to azure to darker and darker shades of blue until you reached a distinct purple line where the sea bottom plunged downwards forty fathoms. It was here the waves began mounding, throwing out their curving chests, expanding and growing taller, the wind whipping their creamy tops so they glistened and shone in the hard sunlight, proud and taller than houses. They held their perfect rolling form which had traveled so far, for a delicious moment before slowly curling and collapsing, cascading foam rushing down their chests.

Read more »
Posted by andrew leslie phillips at 6:07 AM 1 comment:


Back to Note Books.. 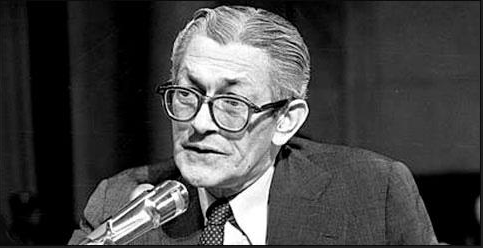 In May 1977 I received a call to come to the ABC (Australian Broadcasting Corporation) office in New York for an assignment with Australia’s top television documentary program, Four Corners.  Ray Martin  landed an interview with James Jesus Angleton who had been head of counter intelligence at the CIA for twenty-five years, . Angleton was ready to spill the beans on the CIA’s influence in sacking Australia’s Labor Party Prime Minister, Gough Whitlam. I’d heard speculation about CIA involvement in Australian politics but here it was from the horse’s mouth, from the man who knew the back-story.


Read more »
Posted by andrew leslie phillips at 8:51 AM 2 comments: 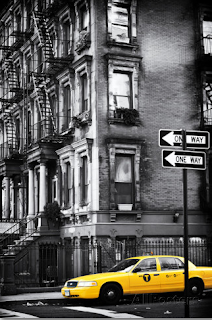 
"When you're driving a yellow cab through New York City's streets at night,  sometimes you see your life in the bright lights and shadows - those you loved and those who died reflected in the streets.

"Driving in New York at night behind the wheel of a yellow cab with your cheap old radio on the dash and cassettes rattling round -  Ginsburg and Gandhi - and a blue and white Greek take-out coffee cup and the New York Post."

When you've driven a cab through the good and the bad then you've seen life anew, the false and the true. You’ve lined up for the shape with your mates, white, black, yellow and brown, dollar bills in their hands: “here’s your trip sheet and keys. The cabs over there by the broken down fence, the one with the dents. Please take care”.


Read more »
Posted by andrew leslie phillips at 5:59 AM 1 comment:

andrew leslie phillips
I am a certified permaculture instructor, journalist, writer, radio producer and community radio consultant. In 2004 I established the Hancock Permaculture Center at the headwaters of the Delaware River - called Shehawken, "The Wedding of the Waters" in the native Lenape - on the New York Pennsylvania border in the western Catskills. A native of Melbourne Australia, I spent seven years in Papua New Guinea as patrol officer, radio journalist and filmmaker before coming to New York in 1976. I produced award-winning investigative radio and film documentaries on a wide range of environmental and political issues for the Australian Broadcasting Corporation, and WBAI, Community Radio in New York City where I was program director (1989-93). Interim general manager KPFA, Pacifica Radio, Berkeley (2011-2013). I taught journalism, radio and “sound image” at New York and other universities. I teach, consult in permaculture and community radio. http://www.hancockpermaculture.net/ http://www.permaculturedesignsolutions.com/ http://andrewlesliephillips.blogspot.com/